Hello, bookish people! It’s high time I talk about some serious matters on here – – this chat was sparked by that awful cover change of Warcross. If you don’t know what I’m talking about, settle down because I’m about to ruin your life and everything you knew and loved.

The hardcover of Warcross has the first cover and now the paperback will have this new very colorless cover. Why? I have no idea. I’ve never felt more thankful for getting myself the Romanian-version paperback. Besides the talk about the cover change, there has been some discussion on the reason why this happened, some bookish people speculated that it has something to do with marketing Warcross as a boyish book. I really hope that’s not the reason why they did this. 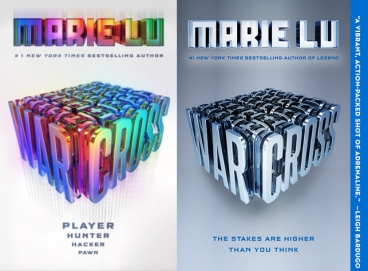 Anyway, now that I showed you my most recent disappointment in matters of covers, let’s talk some of the best and some of the not-so-good cover changes!

Lovely Cover Changes That I 100% Approve

2. Solitaire and Radio Silence by Alice Oseman – I can’t complain about the first covers because they were absolutely gorgeous as they were, but now with these new matching covers, I don’t know, they are so artsy. I adore them so much.

3. Anna and the French Kiss series by Stephanie Perkins – I’m not even a huge fan of this series, but this is surely one of the best cover change I’ve ever seen. The new covers make me feel the wanderlust, the love of travel, the old ones feel kind of awkward (?). Especially the one for Lola and the Boy Next door. Best decision ever.

4. The Secret History by Donna Tartt – one of my favourite books has such a cool cover and yes, I’m talking about the second one. I think the first one (the black one) is a bit impersonal, while the new one has this greek mythology/intellectual feeling I approve of because that’s the book – pretentious intellectuals speaking of latin, greek and murder.

5. The Summer series by Jenny Han – I love the new covers so much, just look at how pretty and colorful they are!!! They are also super summer-y, which I didn’t think the first ones were or not all that much. This series is one that I actually loved a lot back when I read it and I always thought the covers were meh, so happy they changed them with these beauties.

Cover Changes That I Could Have Stayed Without

2. Juniper Lemon’s Happiness Index by Julie Israel – I ADORE the first cover, the confetti idea is great and very much related to the story, Juniper’s face is spot on, the colors are perfect, I love the font, it’s just a perfect cover. The second one is okay, but doesn’t tell me a lot about the story unlike the first one.

3. The Diviners by Libba Bray – I haven’t read this series yet, but when it first came out I was hugely intrigued by the cover and the title. It’s very original and I like it very much. The second one – not so much. It reminds me of an alien novel and I’m kind of positive the book has no aliens (???).

4. The Winner’s Trilogy by Marie Rutkoski – okay, this is one of my favourite book series, therefore I have strong feelings about everything that happens with it. The thing is I love both set of covers aesthetically speaking, they are beautiful and you could even argue that Kestrel looks fiercer on the second set, buuuut that’s not my baby. Kestrel is one of the few heroines in fantasy that doesn’t fight, she’s a strategist, her most lethal weapon is her brain. And those cover changes don’t show it at all? I don’t approve. 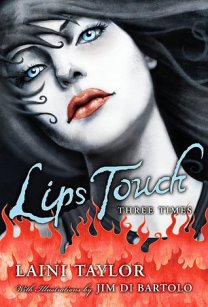 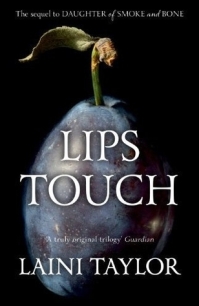 5. Lips Touch by Laini Taylor – I think the first cover is really Laini Taylor-esque, it reminds me a lot of her series, Daughter of Smoke and Bone, and it seems to match the story well enough. I don’t like the other two because they are kind of bland??? Laini Taylor deserves better, really.

In my opinion, it’s mostly a marketing move, many of those have new covers that are supposed to be in theme with the new trends, others probably do it to widen their audiences. Some of them are soooo unexpected that I don’t know why they happen at all. I’m quite sure you can think of a book that had a gorgeous cover (very praised, on everyone’s cover lust shelf) that still got a cover change, one that probably disappointed the audience because most of us love the old covers more (we bookworms are rather nostalgic creatures and while we read said book, we surely fell in love with the cover, you have no chance to change our minds).

What are your thoughts on book cover changes? Are they really necessary?

Do you agree with me on some of these? What are your best and worst cover changes?