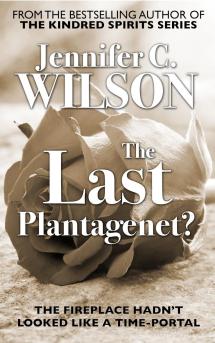 Buy it on Amazon.

The fireplace hadn’t looked like a time-portal.
All Kate had wanted was a fun, relaxing day out, watching the knights jousting at Nottingham Castle. What she ended up with was something quite different.
Transported in a heartbeat from 2011 to 1485, how will Kate handle life at the Ricardian court? Even more importantly, how will she cope when she catches the eye of the king himself?

I know that this book probably seems a little out of my comfort zone, but I’ve been highly interested in anything Richard III ever since I watched The White Queen and read Sunne in Splendour. Therefore, I was intrigued when I saw this book and I really had to sign up for Rachel’s tour. I want to thank her for this opportunity and to the author for sending me a digital copy through the blog tour.

Now, onto the book, my first remark is that it was a bit too short and because of this, the characters seemed to lack a bit in complexity. There were also plotlines that seemed a bit too convenient at times, for example Kate catching Richard’s eye so easily and him already becoming so interested in her.

I’m also a bit confused as to why Kate got herself lost in the York era as she was unable to change anything (very frustrating), perhaps it was only because of the huge reveal that we got in the end. Ugh, I just wanted more. I really think the story had potential and would have worked better as a novel instead of a novella. As it would have been exciting to see the intrigues of the court in detail, to see Kate involve herself perhaps in the politics of the time.

I liked how we got to see how much Richard was affected by the Tudor propaganda and his characterization was great, I think his personality quite fit my image of him as well. He still had flaws and faults and resembled a man of his time.

Kate was alright, I think I needed more time in her head to get to know her better. There were times when she seemed a bit too composed considering the situation, you time-travelled and you don’t freak out a bit? Even a tiny bit? You’re already ready to act along and pretend that you’re part of the world? Well, I can’t relate as I would have been quite out of my mind.

Considering all those things, the story was still entertaining and a quick read. If you’re looking for a fast-paced historical romance that involves time travelling in the Richard III era, this one just might be for you! 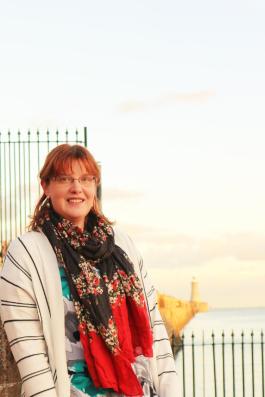 Jennifer is a marine biologist by training, who developed an equal passion for history whilst stalking Mary, Queen of Scots of childhood holidays (she since moved on to Richard III). She completed her BSc and MSc at the University of Hull, and has worked as a marine environmental consultant since graduating. Enrolling on an adult education workshop on her return to the north-east reignited Jennifer’s pastime of creative writing, and she has been filling notebooks ever since. In 2014, Jennifer won the Story Tyne short story competition, and also continues to work on developing her poetic voice, reading at a number of events, and with several pieces available online. Her Kindred Spirits novels are published by Crooked Cat Books and available via Amazon.

Do you have a favorite historical figure? Tell me which one!

Have you read/watched anything related to Richard III?