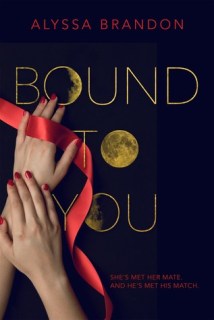 Thanks to Macmillan US for providing me with this copy of Bound to You, this hadn’t affected my review or rating in any way.

I was looking forward to reading this book, I really hoped it was going to be a five star because it started out very well and the pacing was perfect, but some things just didn’t work for me.

I still think the book was lots of fun, I enjoyed most of it and I’m sure many of you will love Bound to You.

All in all, Bound to You was an enjoyable read, I think it would be perfect for paranormal romance fans who prefer stories focused on characters and relationships instead of plot-focused stories.

Have you read Bound to You? What did you think about it?

If you haven’t, do you like books with werewolves/shape-shifters? What are some of your favourites?

7 thoughts on “ARC Review : Bound to You”